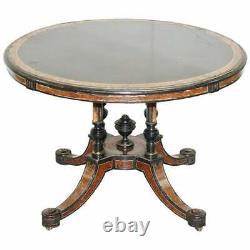 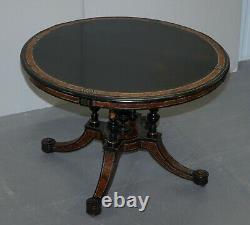 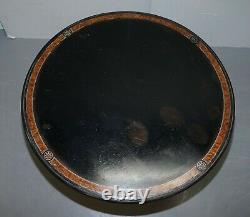 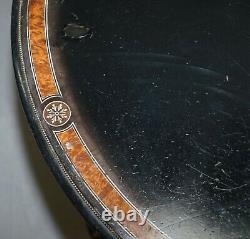 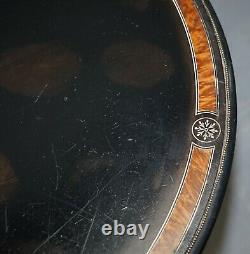 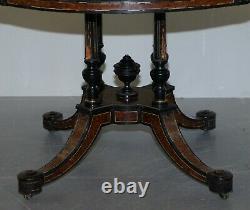 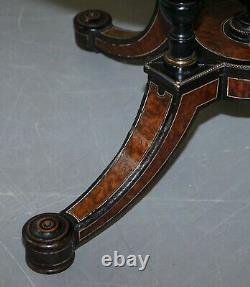 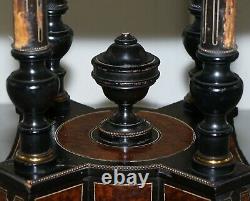 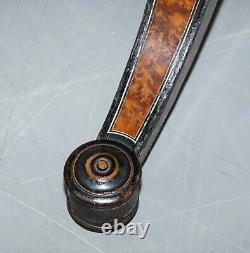 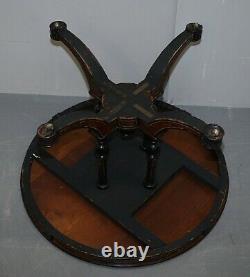 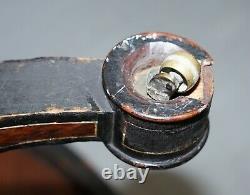 A very rare and well made piece, firmly attributed to the great firm of Gillows, I've had this exact same table before as a side table. It dates to the mid 1850's. The table is totally original and the only one of this size I found which is fantastic, these are usually centre or occasional table size which can also be used as a dining table, given the wear I think that's exactly what this has been used for. Please note all measurements are taken at the widest point, if you would like any additional or specific measurements please ask. Gillows of Lancaster and London, also known as Gillow & Co, was an English furniture making firm based in Lancaster, Lancashire, and in London.

It was founded around in Lancaster in about 1730 by Robert Gillow 17041772 Gillows was owned by the family until 1814 when it was taken over by Redmayne, Whiteside, and Ferguson; they continued to use the Gillow name. Gillows furniture was a byword for quality, and other designers used Gillows to manufacture their furniture. Gillows furniture is referred to by Jane Austen, Thackeray and the first Lord Lytton, and in one of Gilbert and Sullivan's comic operas. In 1903 Gillows merged with Warings of Liverpool to become Waring and Gillow and although the furniture remained of a high quality it was not as prestigious. In 1728 Robert Gillow began trading in Lancaster as a joiner, builder, house carpenter, furniture maker and overseas merchant.

By the summer of 1731 he had entered into a partnership with a fellow catholic, George Haresnape, which had ended by 1735. By 1734 six other names appeared on their staff list. Gillows notably made heavy use of mahogany wood, which is indigenous to the Americas, from the early 1730s.

The success of the firm was partly due to his ability to directly import mahogany; by 1742 Gillow was exporting finished mahogany furniture back to the West Indies. On 1 January 1757 Robert entered into an equal partnership with his son Richard Gillow (17331811), and the firm was known as Robert Gillow & Son.

Richard was also the architect for several buildings in Lancaster. He financed the building of the Catholic church in Dalton Square, Lancaster in 1798. On 31 December 1768 Robert Gillow I retired and left his share of the firm to his other son, Robert Gillow II (17471795).

By 1775 the Lancaster branch had 42 employees, and by 1789 there were about 50 employees. This item is available for collection from our Wimbledon warehouses SW19-3BE, we can have it delivered nationwide to include Scotland Wales and Ireland. Wimbledon-Furniture is a privately owned family ran business out of Wimbledon SW19, we have four large storage warehouses, if you have any questions my number is under the business sellers information, please feel free to call or text.

Please view the very detailed pictures as they form part of the description around condition. Please note vintage period and original items such as leather seating will always have natural patina in the form of cracking creasing and wear, we recommend regular waxing to ensure no moisture is lost, also hand dyed leather is not recommended to sit in direct sunlight for prolonged periods of time as it will dry out and fade. COURIER (LARGE ITEMS ONLY THAT CANT BE POSTED). Whoever delivers will always require help on the larger items to unload, the price you will be quoted will always be based on this assumption, if this is not possible please let us know as it will affect the price to send a two man team. The item "RARE GILLOW & CO 1852-1857 AESTHETIC MOVEMENT BURR WALNUT EBONISED DINING TABLE" is in sale since Friday, December 18, 2020.

This item is in the category "Antiques\Antique Furniture\Tables\Pre-Victorian (Pre-1837)". The seller is "wimbledon-furniture-01" and is located in London Wimbledon.